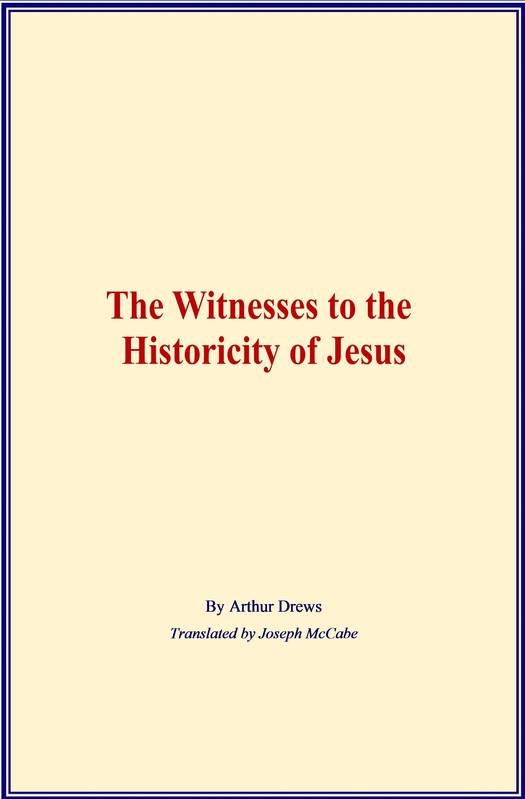 The Witnesses to the Historicity of Jesus

In view of the vagueness, effectiveness, and vulnerability of the evangelical accounts of Jesus, as far as his historical reality is concerned, the witnesses in non-Christian literature have always occupied a prominent place in the question of his historicity. As early as the first few centuries of the present era pious Christians searched the Jewish and pagan writers for references to Jesus, convinced that such references ought to be found in them; they regarded with great concern the undeniable defects of tradition, and, in the interest of their faith, endeavoured to supply the want by more or less astute “pious frauds,” such as the Acts of Pilate, the letter of Jesus to King Abgar Ukkama of Edessa, the letter of Pilate to Tiberius, and similar forgeries. Greater still was the reliance on the few passages in profane literature which seemed to afford some confirmation of the historical truth of the things described in the gospels. As these so-called non-Christian witnesses are again brought forward to rebut the denial of the historicity of Jesus, in the discussion which has followed the appearance of The Christ Myth, and are even pressed upon us as decisive testimony, we must make a comprehensive inquiry into the value of those references in profane writers which seem to support the belief in an historical Jesus.