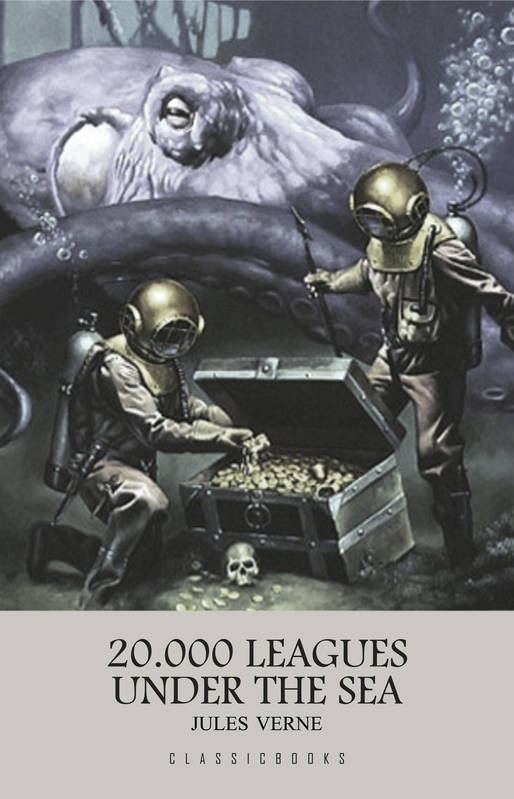 Twenty Thousand Leagues Under the Sea

In 1866, sightings of a legendary sea monster prompt a daring expedition out
of New York City. Professor Pierre Aronnax, his servant Conseil, and whaler
Ned Land are among the crew of the United States Navy frigate Abraham Lincoln.
Though they are fearless, nothing prepares them for the “creature” itself—the
Nautilus—a powerful, destructive submarine years ahead of its time. At the
helm of the vessel is the brilliant Captain Nemo, who pulls the men deep into
the wonders of the seas and the dark depths of his mind. Regarded as one of
the great adventure novels of all time, Jules Verne’s prophetic masterpiece,
republished here in Lewis Page Mercier’s translation, is at once an
enthralling underwater quest and a tale of isolating madness.